How to kill bad choices and get better results!

Big Idea: Its hard to make bad choices when good people are part of them.

I’m asked all the time to teach people, especially kids, how to make better choices. It’s hard for me to tell people you have to make better choices and think about the consequences of those choices. Fact is, most people already know the consequences of their choices but that is not enough to deter them from making those choices.  What I found that has helped me make better choices is to add good people to my process of making choices. Not just any people, it has to be people who have my best interests in mind. These people cannot be judgemental, pushy or prideful.  I found that people who are good listeners, people with character and have guiding principles are the best people to surround myself with. I met some of the most talented people in the world that make some of the dumbest choices. I mean dumb with a capital D. I saw people become famous and wealthy overnight and it has destroyed them and all the relationships around them and it is sad to watch. As I have observed people who tend to fall in this way, I have noticed that these people have one of two traits or both.

1st, they have a lone ranger mentality. They believe they don’t need anybody but themselves to figure things out. Although they can come across as confident or self motivating they are actually setting themselves up for a big fall. I have watched people who seem to have everything going for them on the outside but are bleeding out on the inside because they have nobody they can trust. They feel isolated and alone. Because of their success they feel like if they add anybody now, those people are just trying to take something away from them. By the way, it doesn’t matter what the level of success people have, any success without people will lead to these problems. Also, when they fail, and they will, they have nobody to support them, encourage them and help them out of the pit.

The 2nd trait is that they have lots of people in their life. Problem is that these people are not the right people. They are the blood suckers. As long as you have money, fame, status or influence they will stay around. As long as you keep giving them something they stick around. People with this trait actually need all the validation from the people around them. It seems like a good thing to exchange needs, validation for things. Having these types of people surrounding you is like building a house of cards, it doesn’t take much for these people to scatter and abandon you at the first sign of any problems. If you say no one time to these people they can get pretty volatile pretty quick. If the money, fame, status or influence go away so do they.

Here is my suggestion, get people into your process of making choices. Run it by your “team” of “good” people. There are no successful people who do it alone. If you gain the whole world and you have no one to share it with, is it really success? If you do not add people to the process of making decisions you will be the only one to get the credit. This might sound good but take it from me you will be missing out by not adding people to every step of your process. I am filled with much regret because I tried to do many things by myself and it has come back to bite me. I have accomplished many great things in my life but at times I forgot to add good people in the right way. Fact is I have had both traits and they have led to much pain and regret. Take it from me, add people to every step no matter how small the step is. Make it your job to add people and find creative ways to thank those people often. If it is true success you are looking for, people must be a part of the equation. It will be messy at first but don’t stop trying, it gets better, I promise!

Building up leaders to serve and love the Native community – one warrior at a time. 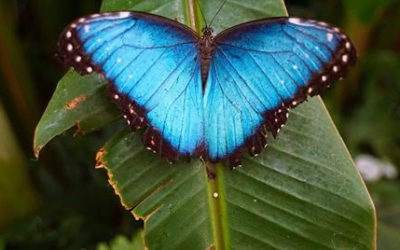 Chase the Butterflies and Slay Dragons!

By Tuff Harris What makes you nervous to think about? In other words, what gives you butterflies? For me, it’s public speaking, asking for help or explaining myself in front of people. This process use to torture me! In school, it was the speech I had to give in... 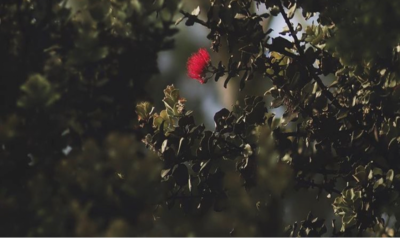